Last May, Icoon VDL and Hoekstra shone in the jumping arena of Eindhoven, where they managed to name the CSI3* 1.55m-Grand Prix. In addition, the successful combination also achieved second place in the CSI2* 1.50m-Grand Prix van Geesteren in June, and won the CSI2* Grand-Prix over 1.45m in Bonheiden (BEL) for the third time in April. And those were not the only successes of 2022: in February the descendant of Zirocco Blue won the CSI3* World Cup Grand Prix over 1.55m in Krakow (Pol).

Mademoiselle-A (Corland x Cardento), under the saddle of Jodie Hall Mcateer (GBR), won the 1.45m in Rotterdam. In another 1.45m competition at the five -star competition in Rotterdam, this great combination became third.
This successful ten-year-old Corland descendant, who was bred by Luc Aerts (BEL), was fifth in CSI2* 1.45m-Grand Prix from Lanaken in April.

The also twelve-year-old mare Fliute Fluiter (Zirocco Blue x Animo) and Jack Ansems (Ned) became third in the 1.45m.
J. van de Gevel (Ned) bred Fliere Fluiter, who was already good for several Grand Prixs and has had a very good performance at the NK jumping in Deurne. Also in the second five-star country competition for the jumping riders in Sankt Gallen, Switzerland, Fliere Fluiter under Ansems was part of the Dutch team, which set up no less than € 40,000 with second place behind the Swiss. 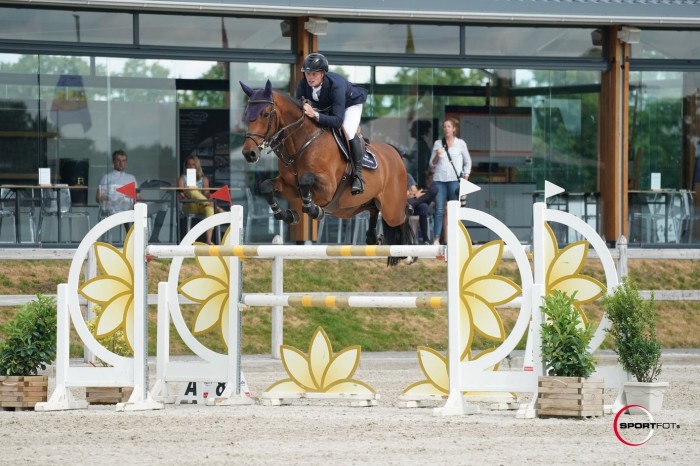